Is the Catholic Church having a Crisis of Faith? 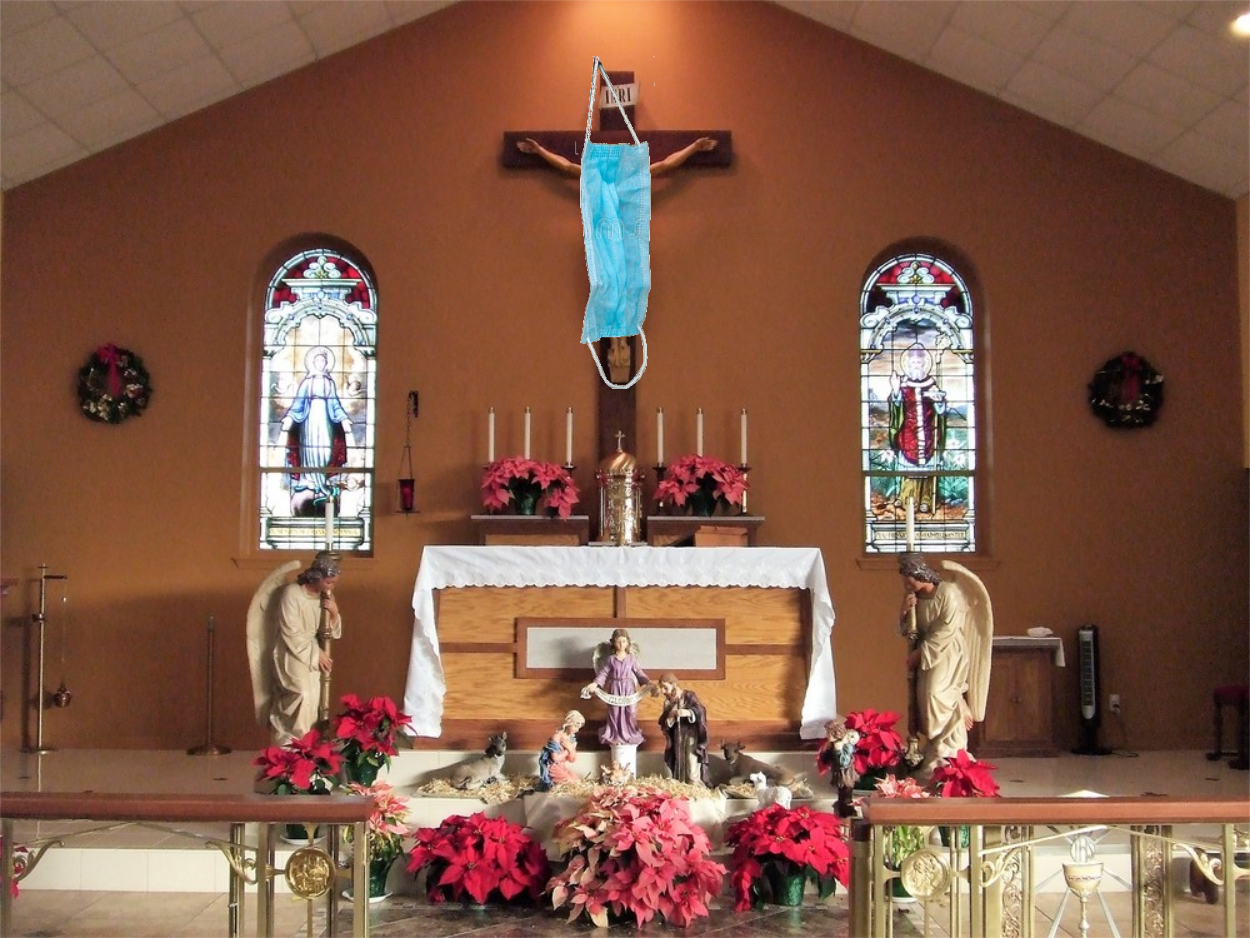 OK, before you consider this to be a hysterical rant, allow a presentation of evidence...

Last year as Easter approached, it seemed that we might be turning the corner on the "Pandemic." (yes, that's hard to believe now, but way back then some of us thought that after about 2 months of "15 days to slow the spread" we might get back to normal.) My city, Austin Texas, took the opposite aqpproach an mandated all public parks closed on Easter weekend fearing that the traditional religious holiday might attract crowds to the parks - which of course would kill everyone. Given the local lock down situation, I began to scan for localities that didn't impose lockdowns, and thought about travelilng to a Catholic Church in such an area where I could attend Easter Mass.

I discovered that both Oklahoma and Arkansas were in much lesser states of "lock down" and that South Dakota had no "lock down" at all. While that seems a bit extreme, I thought it might be a nice change of pace to take a 4 hour drive to Oklahoma or Arkansas on Saturday night and attend a real Easter Mass on Sunday morning. While South Dakota was quite a bit farther away, my brother lives in SD, and it wouldn't be too hard to make an excuse to fly out and make a quick Easter visit. But that turned out to be impossible, because a quick web seqarch revealed in each of these instances, every Catholic Diocese in each of these States refused to hold Mass in public, and opted for "virtual Mass" only.

I had been somewhat disappointed that the Catholic Church chose to not resist local authorities mandates to cease Mass service, but I was willing to concede that maybe it wasn't worth the fight if the negative publicity drove people away from the Church. But it struck me as particularly odd that the Catholic Church would universally choose to be closed, even when there was no conflict with local authorities.  Then I thought back to the weeks precedeing the closing of Sunday Mass. The Holy Water basins had been emptied and taped over. The fear being that having common contact with the Holy Water could spread Covid-19 and that Holy Water was a needless risk. Even then I joked, "Gee not much faith in that Holy Water - I doubt the Vampires even fear it now." Of course I thought I was only joking - but as time passed; it seems it was more truth than jest.

Mass remained closed for months. And when public services resumed it was only under very strict rules. One had to arrive 20 minutes early, be scanned for termperature, wear a mask, and be seated by an usher in a pew that was not masked off to maintain a 6' distance at all times from our deadly parishoners. Of course no one could shake hands or even put money in a passed collection basket - all far too risky. Then came February 3rd and the "Feast of Saint Blaise". This is a rather cool Catholic Feast Day. The Feast of Saint Blaise is accompanied by the "Blessing of the Throat," a Catholic ritual that has been performed for centuries that is to protect those that receive the blessing from illnesses of the the throat. As a Catholic school student, I was taught it would prevent cold and flu which was why it was celebrated on February 3rd. But, in every Catholic church I could find, the blessing of the throat ritual was cancelled this year - because it could spread Covid. (Starting to get my point?)

I think last week was when it all crystallized though. I was attending a class session for God Parents and Sponsers for a Baptism/First Communion/Confirmation where I'm going to be a God Parent / Sponser. We were ushered into a room where we were spaced six feet apart and told we had to keep our masks on at all times. Then the leader began to lecture on the day's reading abuot Lazurus. She reminded us that Jesus was present in the room and that he had power over life and death and that the was the lesson of the weeks Scripture.

This is kind of what pushed me from being somewhat irked and amused to being somewhat pissed off. See, I actually believe exactly the opposite is true. I believe that the Eucharist IS the Body of Christ, (not just a symbol) that Holy Water DOES Sanctify and repel evil, (not just a symbol) and the Blessing of the Throat did offer protection from illness, (not just a symbol). Simultaneously, it seems obvious that a mask doesn almost nothing to protect anyone from illness. Just looking around anyone can see that 90% of air that's inhaled and exhaled goes AROUND not THROUGH the mask, and almost every mask made says that it won't protect from viral protection - so it is the MASK that is JUST A SYMBOL. Yet, everything indicates it's the MASK in which the Church has Faith, and it's own Sacrements and Rituals are just so much bullshit.

Sorry, but it seems that the lines from the Creed recited at every Mass need to be changed from:

I believe in ... the profession of faith, the forgiveness of sin, and resurrection of life after death

To... I believe in wearing a mask, staying 6 feet apart, and life on earth is all we have.